Rhoda Hassmann is the author of State Food Crimes (Cambridge U Press, 2016) which deals directly with how states create hunger as deliberate policy or by neglect. Case studies include North Korea, Zimbabwe, Venezuela and West Bank/Gaza (in the latter case, malnutrition rather than starvation).

Here is a summary of Rhoda's work on the politics of food on a Wikipedia page: https://en.wikipedia.org/wiki/Rhoda_Howard-Hassmann

Rhoda Howard-Hassmann is Professor Emeritus at Wilfrid Laurier University, where from 2003 to 2016 she held the Canada Research Chair in International Human Rights. She has won several academic awards for her work on international human rights, and is a Fellow of the Royal Society of Canada. She is the author of eight books, most recently In Defense of Universal Human Rights (2018), and State Food Crimes (2016), and is co-editor of four others, most recently The Human Right to Citizenship (2015). She blogs at Rights and Rightlessness, http://rhodahassmann.blogspot.com/​ 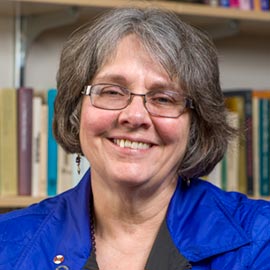 Rhoda Hassmann’s poem, “Politics and Food,” refers to a conversation she had with a distinguished Ghanaian scholar in 1977. Rhoda has been a scholar of human rights for over 40 years. She is a Fellow of the Royal Society of Canada and from 2003 to 2016 held the Canada Research Chair in International Human Rights at Wilfrid Laurier University. Under the name Rhoda Howard, she published her first work on the relationship between food and politics, her still widely-cited article “The Full-Belly Thesis,” in Human Rights Quarterly in 1983. Then President Julius Nyerere of Tanzania had argued that until a man’s belly was full, freedom was meaningless. Rhoda argued to the contrary that without freedoms of speech and the press, citizens could not criticize their governments for policies that deprived them of food.

Rhoda returned to this theme in 2016 in her book, State Food Crimes (Cambridge University Press), writing as Rhoda Howard-Hassmann.  In that book she first reviewed historical cases of governments who starved their own citizens, including the Soviet Union under Stalin, China under Mao Tse-Tung, and Cambodia under the Khmer Rouge. She then considered supposedly democratic countries that neglected starving people, discussing Britain’s neglect of starving Irish in the 1840s and Canada’s neglect of starving Indigenous people in the 1870s. Finally, she noted how the British food blockade of Germany in WWI contributed to malnutrition and starvation.
​
Turning to the present, Rhoda reviewed North Korea’s deliberate starvation of its population in the 1990s and beyond, and deliberate political creation of malnutrition and starvation in Zimbabwe and Venezuela in the 21st century. Rhoda also considered how the policies of Israel, Egypt, Hamas and Fatah contributed to malnutrition in the West Bank and Gaza. In all these cases, hunger was the direct result of politics, especially when citizens were denied the freedom to protest against policies that denied them food.  ​